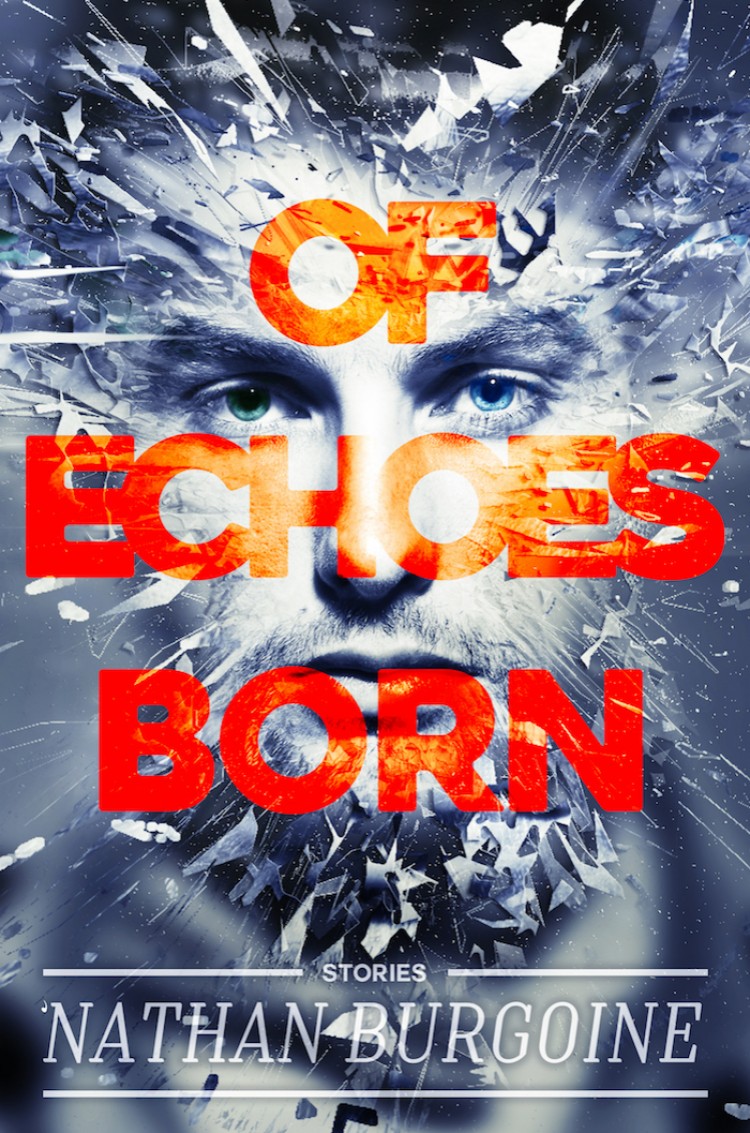 Outside a hospital in Ottawa, a heartbeat returns long enough for a good-bye. Downtown, a man steps into shadows of the past to help those who have died find their way free from their memories. In Niagara, an icewine vintage is flavored with the truth of what happened on a dark evening of betrayal. In British Columbia, the snow itself can speak to someone who knows how to listen.

The past echoes through these queer tales—sometimes soft enough to grant a second chance at love, and other times loud enough to damn a killer—never without leaving those who’ve heard it unchanged. 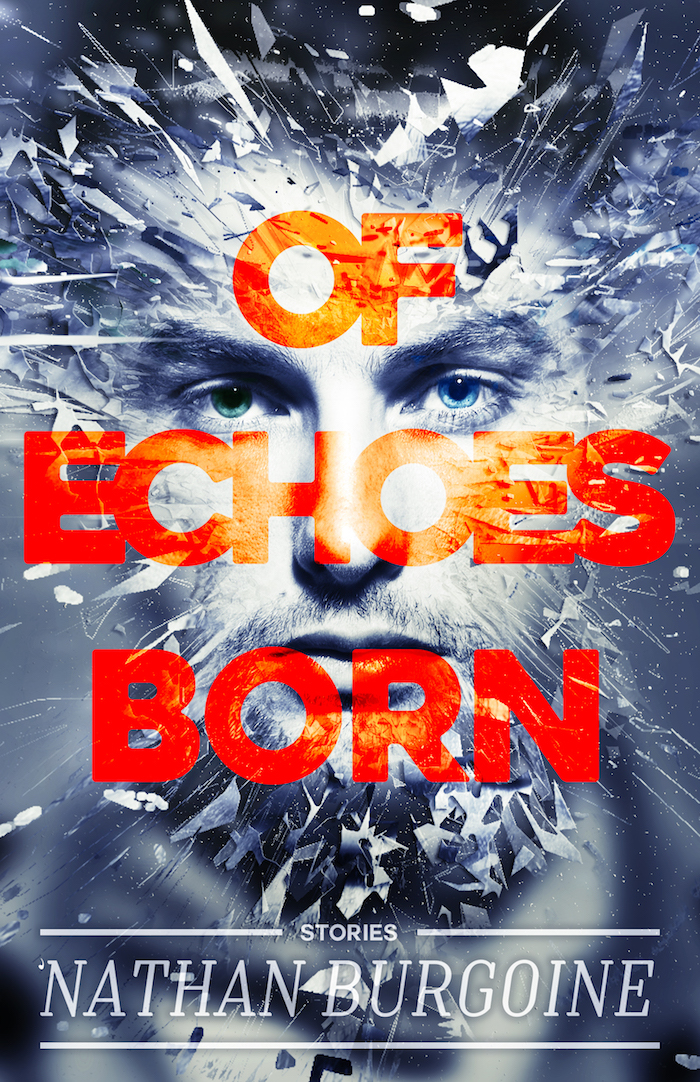 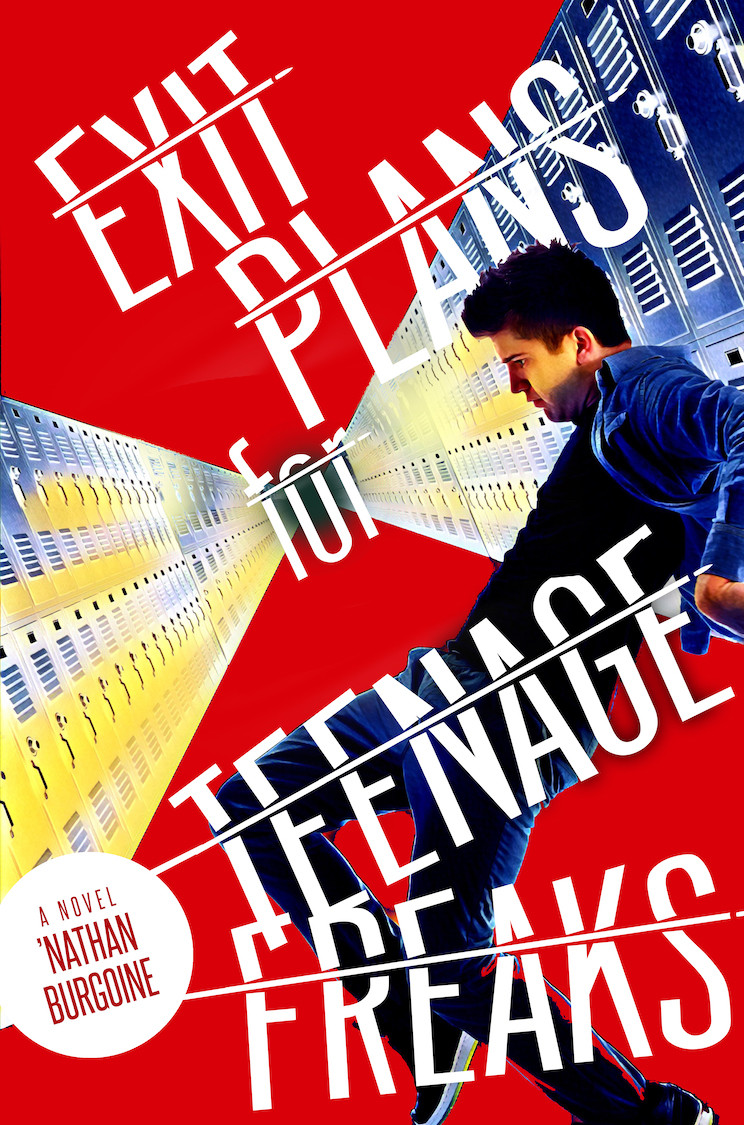 Being the kid abducted by crazy old Ms. Easton when he was four permanently set Cole’s status to freak. At seventeen, his exit plan is simple: make it through the last few weeks of high school with his grades up and his head down.

When he pushes through the front door of the school and finds himself eighty kilometers away holding the door of a museum he was just thinking about, Cole faces facts: he’s either crazier than old Ms. Easton, or he just teleported.

Now every door is an accident waiting to happen—especially when Cole thinks about Malik, who, it turns out, has a glass door on his shower. When he starts seeing the same creepy people over his shoulder, no matter how far he’s gone, crushes become the least of his worries. They want him to stop, and they'll go to any length to make it happen.

Cole is running out of luck, excuses, and places to hide.

Time for a new exit plan.

"Burgoine (Of Echoes Born, 2018, etc.) has created a gay teen protagonist who is a bit goofy at times but who is comfortable in his own skin....Overall, a feel-good, contemporary read with strong LGBTQIAP rep and an unusual fantasy subplot." —Kirkus Reviews

"Burgoine uses science fiction elements to explore homosexuality, pansexuality, bisexuality, and gender nonconforming identity....Burgoine's immersive writing excels in the details, from the precise sensations Cole experiences at the onset of a teleport to the overwhelming intensity of his feelings for his friend Malik....VERDICT A definite purchase for any library collection." —School Library Journal 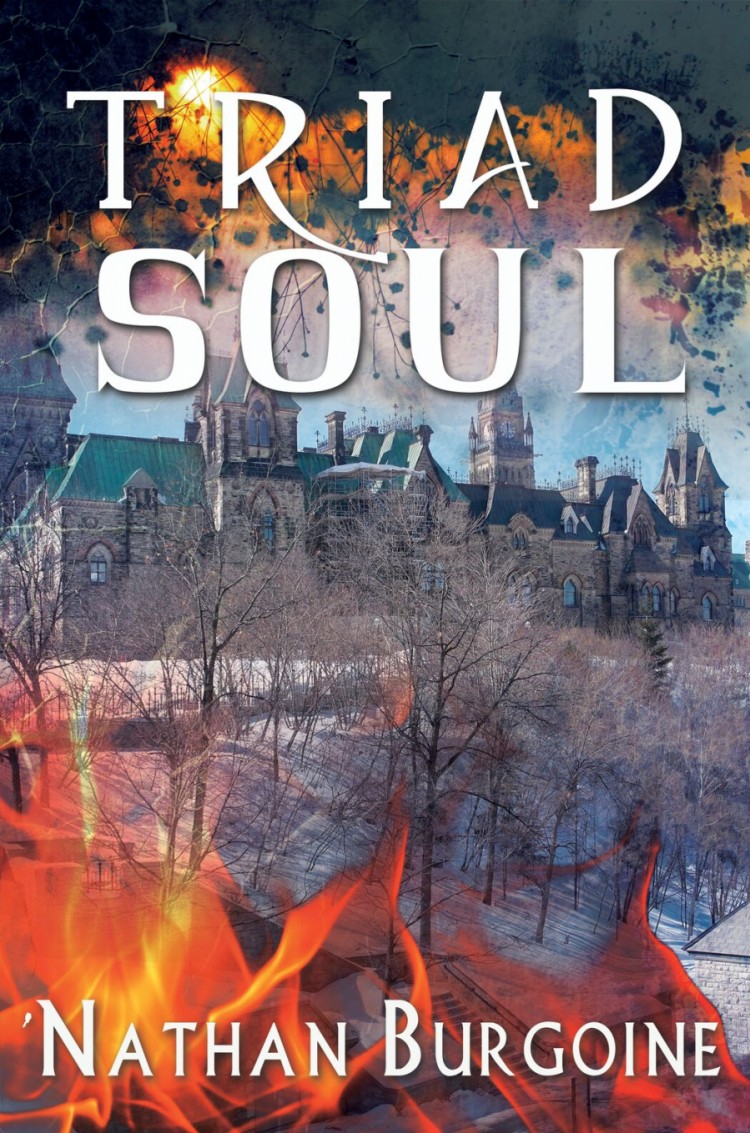 The law of three is everything: three vampires for a coterie, three demons for a pack, and three wizards for a coven. Those alone or in pairs are vulnerable to the rest. Luc, Anders, and Curtis—vampire, demon, and wizard—sidestepped tradition by binding themselves together.

When something starts brutally killing demons in Ottawa, the three find themselves once again moving among the powers who rule the city from the shadows—this time working with them to try to stop the killings before chaos and blood rule the streets.

Hunting a killer who seems to leave no trace behind, the triad are forced to work with allies they don’t dare trust, powers they barely understand, and for the good of those they already know to be corrupt.

They have the power of blood, soul, and magic. But they have to survive to keep it. 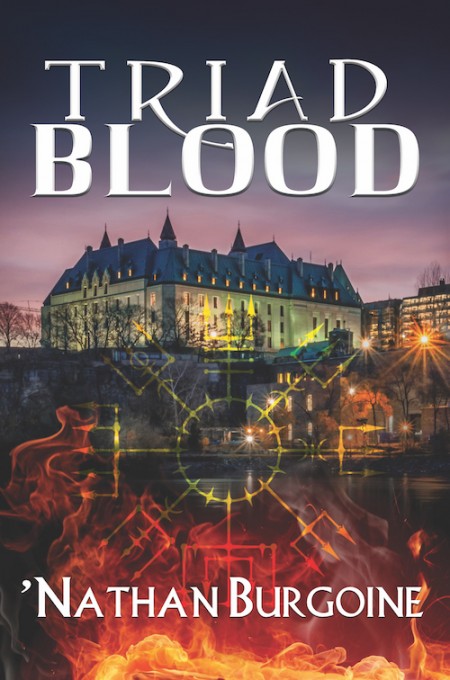 The law of three is unbroken: three vampires form a coterie, three demons make a pack, and three wizards are a coven. That is how it has always been, and how it was always to be.

But Luc, Anders, and Curtis—vampire, demon, and wizard—have cheated tradition. Their bond is not coterie, pack, or coven, but something else. Thrust into the supernatural politics ruling Ottawa from behind the shadows, they face Renard, a powerful vampire who harbors deadly secrets of his own and wishes to end their threat. The enemy they know conjures fire and death at every turn. The enemies they don’t know are worse.

Blood, soul, and magic gave them freedom. Now they need to survive it. 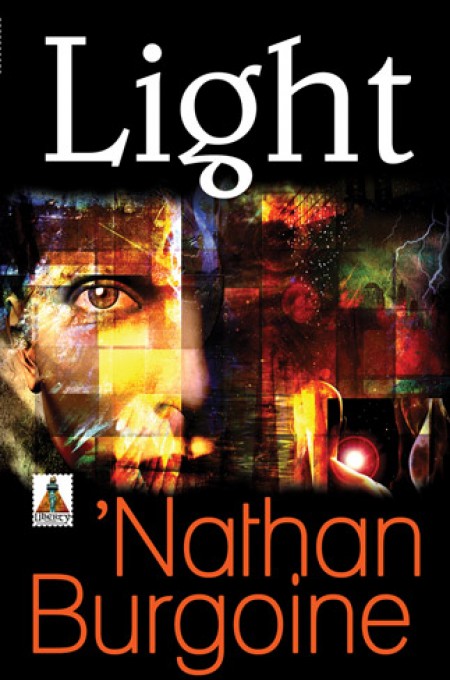 Kieran Quinn is a bit telepathic, a little psychokinetic, and very gay—three things that have gotten him through life perfectly well so far—but when self-styled prophet Wyatt Jackson arrives during Pride Week, things take a violent turn.

Kieran's powers are somewhat underwhelming but do have a habit of refracting light into spectacular rainbows for him to hide behind. Even so, it's not long before Kieran is struggling to maintain his own anonymity while battling wits with a handsome cop, getting some flirting in with a hunky leather man, saving some drag queens, and escaping the worst blind date in history. It's enough to make a fledgling hero want to give up before he even begins.

One thing's for sure: saving the day has never been so fabulous. 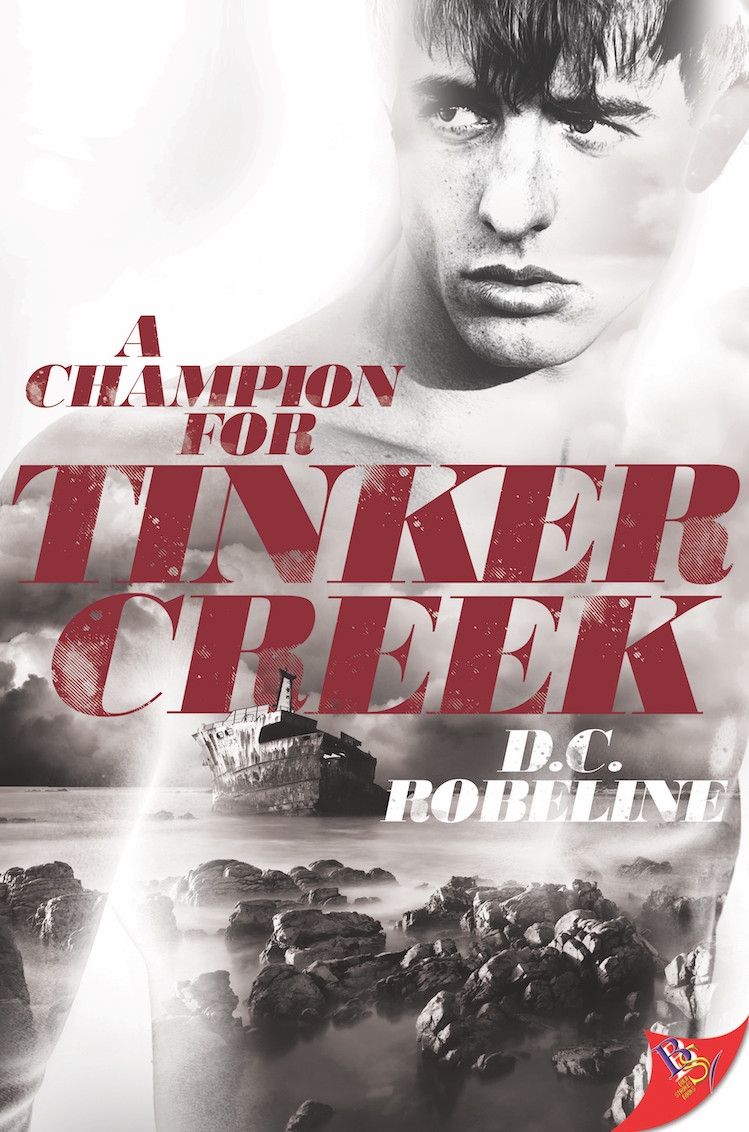 A Champion for Tinker Creek

Master mechanic Lyle James built a successful but lonely life in Tinker Creek after rescuing his dad’s auto repair shop until an international development firm conspires with local officials to condemn the shop and steal his land.

Jose “Manny” Porter has come home to take a reporting job at the South Georgia Record, a regional newspaper where his father is publisher and editor-in-chief. As the son of a driven Anglo father and Cuban exile mother, Manny knows all about how competing parental expectations can chill efforts to even find sex—much less love.

After a night of passion, Lyle and Manny are thrown together in a fight to save Lyle’s business. Their struggles may lead to more than either expected for their community and their lives. 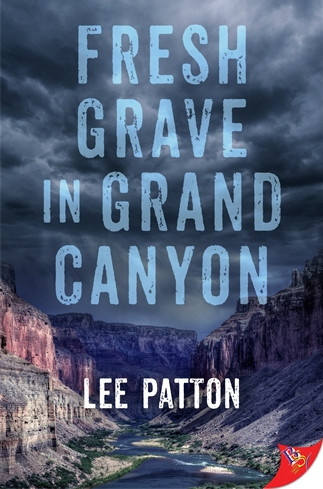 When Ray O’Brien volunteers to raft the Grand Canyon with a research team, the last thing he expects is murder. After a few days on a river closed to the public, one of the volunteers is found struck dead on a secluded beach. Sixty wilderness miles from contact with other people, the group must carry on in total isolation, sure someone committed murder and may kill again.

Despite the terrible timing, Ray falls for Duke, the group’s handsome ranger, who seems to return the attraction. Ray and Duke join forces with Jenny Bridger, the group leader, to solve the mystery. Jenny must act with confidence and decisiveness but meets puzzling resistance from the volunteers. Ensuring safe passage for all will mean overcoming the group’s misgivings and slaying Jenny’s own demons, but her compassion for the victim’s widow may lead them all astray.

The age-old Canyon becomes more and more ominous as the group fights to survive alone in nature and uncover a murderer among them.

Fresh Grave in Grand Canyon contains a racial slur by a minor character. 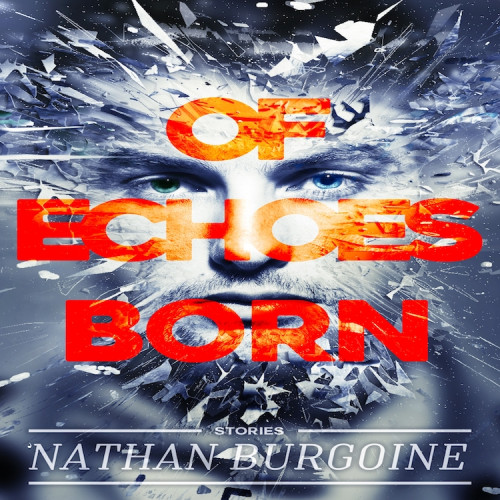