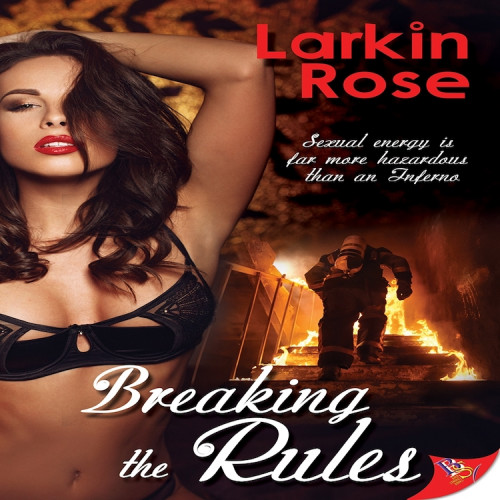 Wow! That’s all I can say about Breaking the Rules. What a fantastic book. You’ve been missed, woman. My first question to you is what inspired you to write again after your hiatus?

I decided to go back to college (no idea why) and at the same time got a part-time job (again, don’t know why). That part-time job turned into becoming a store manager within six months, working 90+ hours a week, studying, and writing. Yep. I like it rough, it appears.

You are definitely the Queen of Erotica. The heat and sexual tension in this book are off the charts. How do you do it? What’s your secret for ramping up the tension between Gin and Carmen? You make it seem so effortless…

They can’t stand each other. That makes sex so much easier to write, especially when the sexual chemistry is the driving force. Back to that rough thing? *grin*

I was really taken in by the scene outside the bakery with the car wreck. It felt so real, so scary. I found myself holding my breath. You wrote it so well. Have you ever experienced an accident like that? Have you witnessed one? Or was that all your out-of-this-world imagination?

That was very similar to my own accident in my early twenties. The whole ordeal was terrifying. I was the T-boned vehicle minus the naked chick in my car, dammit.

A firefighter and a woman trying to save the family business. Carmen and Gin. Two excellent characters. Where did your inspiration for them come from?

Carmen was my original character. Firefighters are always so loved, so I thought it would be fun to have a character who hated them. I knew the sex would be insane! They were soooo fun to write.

Carmen’s emotions when Gin had a date at Delaney’s. Let’s talk about that. She was jealous and confused. What was it like to attribute those human emotions to a superhuman like Carmen? Did you find it easy to do?

Actually, I went back and forth on how to let her respond. Cool and collected and don’t-give-a-shit attitude? Or show the walls beginning to crumble? Until Gin’s date began, I wasn’t sure how it was going to play out. I tried to be the cool jealous because I didn’t see her causing a scene but couldn’t see her getting a handle on her emotions either. So I combined them.

We met through a very weird mutual friend who was selling Tupperware and wanted me to get Rose’s order. It wasn’t all sparks and fireworks as some describe, but rather a hmmmm moment, because at that time, I wasn’t into girls. Oh, how wrong I was. We became great friends and that hmmmm factor never went away. In other words, I started batting for the other team not long after. Twenty-two years later…all sparks and fireworks!

As I mentioned above, you write killer erotica. Why do you choose to write in that genre in particular?

Sex, sexual tension, sex…LOL…it’s all so natural, and I’m completely comfortable writing it. Or course, it’s not quite as natural having to describe every single detail and twist and turn and where arms and legs and fingers are. But damn, it’s fun doing the research!

As far as writing sex goes, what’s the easiest part for you? What part do you find most difficult?

Making sure I’m not getting ahead of myself and screwing up the entire sex scene. It looks perfect in my head and then I read what I wrote and think, “Um, negative! That’s not even humanly possible, to get in that position.” So then I have to research. You know. To be sure.

The firefighters and the family atmosphere reminded me of my in-laws. What are gatherings of your extended family like? Is it a large group like them? Or a smaller, more intimate gathering?

Large. Extremely large. We have seven kids, all married except one, who gave us eleven grandbabies, two of whom live with us because Nana and Garma are super cool. We are an instant party no matter where we go, and I wouldn’t trade it for all the riches in the world.

I think the first kiss was my favorite. Gin standing up to the player, while playing her, was fun.

The serial dating was amusing. Gin and her friends cracked me up. What’s your idea of a perfect date?

It used to be dinner and a movie, you know, putting out at the end of the night. Now, a road trip, sunroof open, stars across the sky, is amazing. I’ll take nature over a movie theater any day of the week. And I can still put out…*grin*

Delaney’s. What a great place. I could totally relate to that bar. What about you? Did you have a place you hung out back in the day? Do you still?

Delaney’s is a real place, in Spartanburg, SC. We tried to incorporate the sign into the cover but it wasn’t working out. The owner is a friend of ours and his bar is so laid back, you think you own the place. I highly recommend anyone and everyone to come visit Kevin. And you can’t miss his Sunday Irish brunch plates. To die for!

The love Gin had for her grandmother’s car was awesome. I have a ’66 Mustang myself. So I can relate. Have you ever been in love with a car? And, if so, what was it?

Which character could you more relate to? Why?

Gin. I’m hard and soft, will bite your head off then hug you. She has all of those emotions as well, and a little of myself showed up in her.

Let’s talk sidekicks. I love a good sidekick in a book. And Gin had the best. So did Carmen. Do you find sidekicks important in a book?

Aren’t sidekicks so much fun!! They get us into and out of trouble like no others.

Still on the topic of sidekicks…how do you decide how much page time they get? When writing, would it be easy to let them take over?

I don’t recall any of my sidekicks trying to take over. But I have thought that some of them deserved their own book!

Conflict. It was real and palpable in Breaking the Rules. I have a very hard time with it myself. Is it easy for you to write? Why or why not?

I know there has to be a black moment in which something tears the characters apart. Sometimes, I find it hard to write it because it feels immature. Like, get your shit together or go away. And then I have to remind myself that make-up sex is right around the corner.

If I’m not mistaken, Breaking the Rules was your seventh book. How long have you been writing for Bold Strokes Books now? And what’s the most important thing you’ve learned over that time?

My first book with BSB was released ten years ago this year. The most important thing I’ve learned is that Rad is the coolest person ever. She believes in all of us and she opened this world just for us. Coolest boss ever!

Let us catch a glimpse into the writing world of Larkin Rose. What’s your workspace like? Neat and tidy? Messy? Candles lit while you sip wine? Talk to me!

Lord, I wish it was something like that. Fact is, I write cross-legged, on my bed, computer propped up on a mini-ironing board, Mountain Dew in my Yeti cup, and a bathroom for all of those pee breaks just a few feet away. Sexy, huh?

Let’s get to know some random facts about you. What’s your favorite non-lesfic book and why?

What’s your favorite movie of all time? Why do you love it so much?

Robin Hood: Prince of Thieves. Watched it possibly, without exaggeration, thousands of times!!! Maybe because he was a hero and a gentleman and my then-other-half was a jackass. I got my Robin Hood now.

What’s next? Can we expect another book anytime soon?

You can expect Dangerous Curves next year and another right behind it. Contract #9 is almost under wraps. Yay me!

Is there anything you want to share with us that I didn’t ask? Now’s your chance!

That I have missed ALL of you and I hope the wait was worth it. Muah! 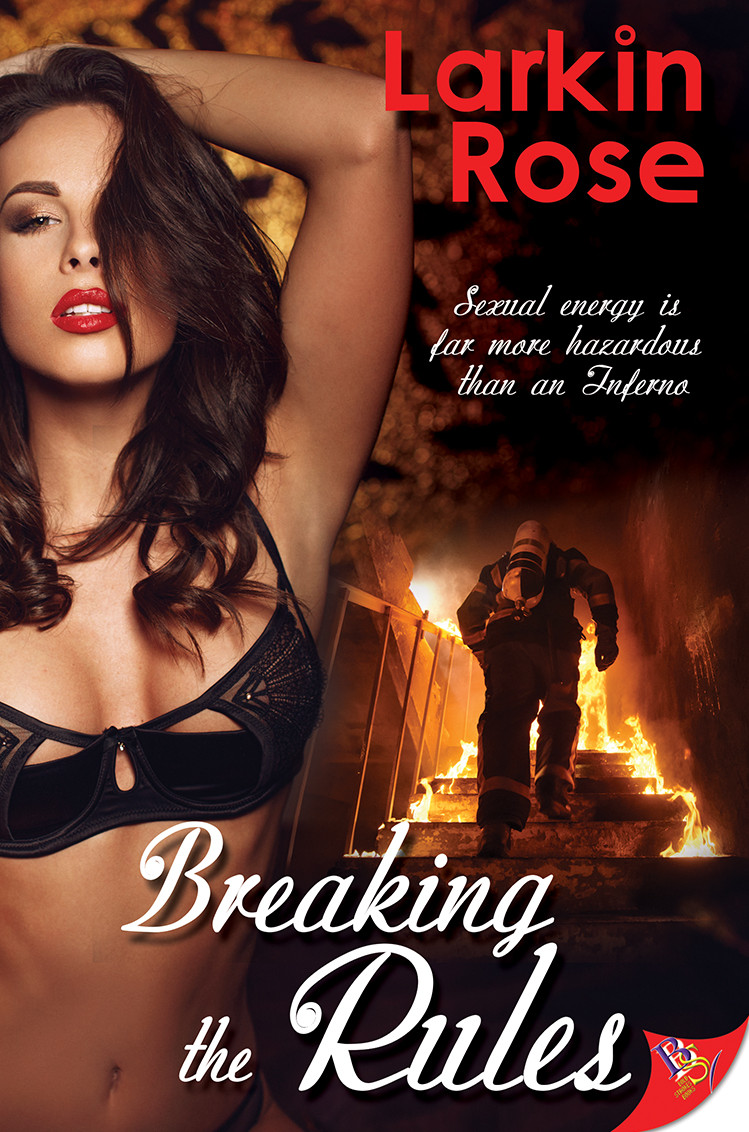