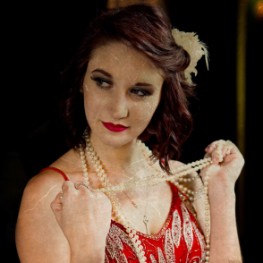 Blog Post by Alyssa Linn Palmer - It started with a song, and ended with gangsters

My new book Midnight at the Orpheus started with a song. Specifically, it was a rendition of Stardust (a Hoagy Carmichael song) as performed by Louis Armstrong. I’d been listening to classic jazz for awhile, but that song started me thinking about a dance floor, with men in tuxedos and women looking like Louise Brooks. This idea percolated in the back of my mind, but it wasn’t until I was watching one of Humphrey Bogart’s old gangster films that a story started to form.

It was a new direction for me, and an experiment: a book with three protagonists, three intertwining stories, a lesbian love affair, and a cop trying to solve a crime. Andit was historical, and I knew next to nothing about the 1920s.

I started writing, and plotting, but I soon realized I had a problem. A really big problem. There was no way I could possibly write this book without in-depth research. I started digging online, but it wasn’t enough. I had to go to Chicago.

When I began looking into research opportunities, I found out about the Newberry Library, and discovered they had a substantial collection I could use to flesh out my novel. There were maps of gangsters’ hideouts from the mid-20s, access to articles, but most of all, there were the papers of a woman named Bessie Barnes. She produced stage shows at well-known Chicago nightclubs, and even worked with Fred and Adele Astaire, and gave Ginger Rogers her first dancing job. (see:http://mms.newberry.org/xml/xml_files/Barnes.xml )

Seeing all the theatrical photos, the postcards, the menus… the Orpheus nightclub began to take shape. Most essential to my research were the receipts in her papers, outlining the costs of running the nightclub, and how much the entertainment was paid. All these little details helped to flesh out where Nell, her lover CeeCee, and CeeCee’s lover Sheridan spent most of their time.

For the gangsters, I took a gangster tour. Sometimes corny, with audio of tommy guns firing, and some flogging of souvenirs afterwards, the bus tour took myself (and my parents, who helped me take the research trip in the first place, as well as my aunt and uncle) to all the essential gangster locations: the Holy Name Cathedral, with bullet holes still showing in the stone; the former locations of the Lexington Hotel (where Capone stayed) and Colosimo’s Cafe; the location of the Saint Valentine’s Day massacre; and my favourite, the Biograph theatre, best known for being the place of John Dillinger’s death.

I was able to get a feel for the city itself, and for the distances traveled, though much of where we toured through on the South Side has become quite gentrified in comparison to the tenements and brothels and other unsavoury places that used to populate the area. For that, I had to use some old photos, and a lot of imagination. I spent five days in the city, and it felt like I had just a taste of the place.

I’m starting to think that I need to return to Chicago. Maybe another book would be a good excuse?

Authors
Midnight at the Orpheus 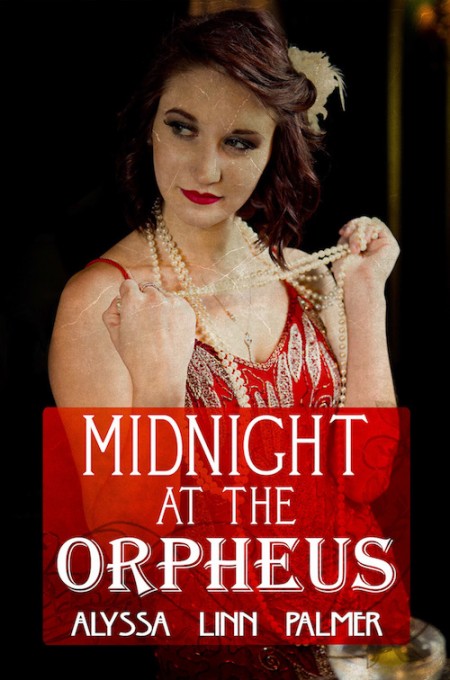 Blog Post by Alyssa Linn Palmer - It started with a song, and ended with gangsters